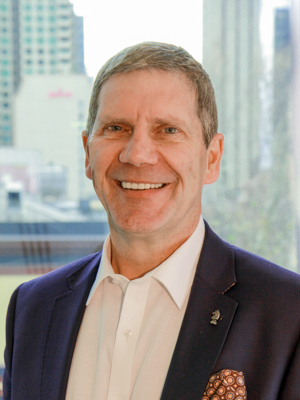 Paul Broderick joined the State Revenue Office as Executive Director Operations in 1998 and was appointed Chief Executive Officer and Commissioner of State Revenue in June 2002.

In 2013, Paul was awarded a Public Service Medal for outstanding public service to the Victorian community through his leadership and achievement of world class standards of efficiency and operation at the State Revenue Office.

Under Paul’s leadership, the State Revenue Office was the first government agency in the world to achieve IT best practice accreditation under the Information Technology Infrastructure Library certification regime, aligning IT services with the needs of a business. Paul was also named a Symantec IT Visionary of the Year Award for the Asia-Pacific region. The State Revenue Office has won an Australian Human Resources Institute Award for excellence in people management, an Australian Business Excellence Award for Information and Knowledge Management, an award for best government call centre in Australia in 2014, and in 2015, an award for best renewed website in Australia.

Paul is a Trustee of the Committee for Economic Development of Australia.

He has an MBA from the University of New England and is a Fellow of the Institute of Public Administration Australia.

Can’t find what you’re looking for? Visit the Help Centre